For the Fanboys of the White Sox

You are not connected. Please login or register

What makes u a fascist state? 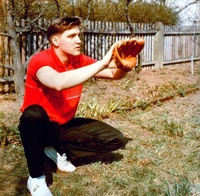 What makes u a fascist state?

A military parade. Shades of Nazi Germany, Stalin’s Russia and Mussolini’s Italy.  If the United States has a military parade, tell me what proof is left that we aren’t a fascist government?  These parades are set for two reasons, to scare other countries and threaten war, and to scare citizens to toe the line. If Matis and Kelly sign off on this, the country is a step closer to ending. Oh, what am I saying? People are making an extra $1.50 a week!  All is fine.
Current date/time is Sun May 31, 2020 8:05 pm